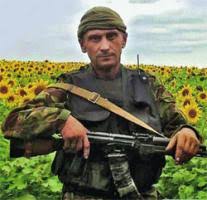 Oleksandr Vasylets was born on May 8, 1978 in the village of Bohushi, Berezne District, Rivne Region. He lived in the city of Bila Tserkva.

Oleksandr served as a junior sergeant, a vehicle commander, and a squad leader of the 72nd independent mechanized infantry brigade. OleksandrVasylets died in the night shelling on July 28, 2014 at the checkpoint “Chervonopartyzansk”Luhansk Region. Oleksandr left two small children.

During several days, the body of the deceased soldier could not be moved from the battlefield.

By Decree of the President of Ukraine No. 873/2014 on November 14, 2014, he was posthumously awarded the III class Order for Bravery “For personal courage and heroism demonstrated in the defense of the sovereignty and territorial integrity of Ukraine, loyalty to the military oath”.

A 36-year-old soldier and a father of two children was buried in Bohushi Village. He died during the military operations in the east of Ukraine.… Читати далі 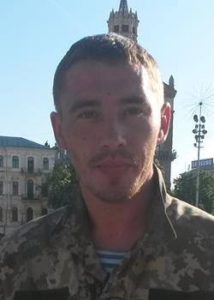 Mykola Saiuk was born on December 22, 1987, in the town of Dubno, Rivne Oblast. After the death of his father, when Mykola was four, the family moved up to the village of Adamivka, Bereznyi Raion. Mykola finished 9 classes of Sosniv Secondary School and the same year he entered the Higher Vocational School No. 7, where he obtained two majors: a bricklayer and a cook.

His mother brought up an honest, fair and kind person. The guy was liked and respected by fellow-villagers.  When Mykola grew older, he worked on the construction. From 2012 Mykola was a director of Limited Liability Company «TVK Mercurii» in the city of Kyiv (wholesale trade).

Mykola was fond of hunting and fishing.

When Ukraine rebelled, Mykola couldn’t calmly stay at home. From January 2015 he was an active participant of Maidan Protests, he participated in the battles, including on Hrushevska and Instytutska Streets on “Bloody Thursday”. He was injured for several times on Maidan, both legs were shot with rubber bullets by Berkut troops and he got a knife wound from a criminal hired by the police).… Читати далі

Ivan Melnyk was born on April 3, 1974, in the village of Viinytsia, Mlyniv Raion. His mother Halyna (born in 1948) is a retiree. All her working life she spent as an accountant in the local collective farm. Ivan’s father Ivan Melnik (born in 1948) worked as a teacher in Sosnove Gymnasium. In 1976, the family moved to the village of Sovpa, Berezne Raion. In 1980, Ivan started the gymnasium in Sosnove and finished it in 1991. He grew up in the family with many children. Ivan had three brothers and two sisters.

In 1992, he was drafted into the Armed Forces of Ukraine where he served till 1994. During service, he was awarded a Certificate for loyalty to military duties and achievements in the battle training. Ivan served in Kamianets-Podilskiy Military Base 02983.

From 1994 to 2008, he worked as a driver in the Regional Department of Housing Service.

On March 10, 2015, according to the Decree of Berezne Military Registration and Enlistment Office, Ivan was called up for military service in order to take part in the combat actions in the Zone of the Anti-Terrorist Operation.… Читати далі 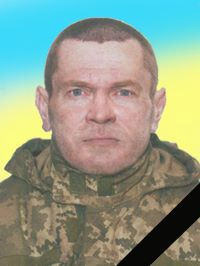 Ruslan Mukomelets was born on March 23, 1974, in a large family of collective farmers in the village of Velyki Selyshcha, Berezne Raion. He finished a local comprehensive school and the Vocational School №8. Ruslan did compulsory military service in the army. After that, he worked in Sosnivka State Forestry.

In the summer of 2015, Ruslan was called up for military service in the Zone of the Anti-Terrorist Operation (ATO).  On January 16, 2016, he tragically lost his life. The soldier was shot by a sniper’s bullet.

The funeral of Ruslan took place on January 20, 2016, in the village of Velyki Selyshcha.

On July 6th, 1984, Ivan Dus was born in a large family in Velyka Kuplia, Berezne Raion, Rivne Oblast. His mother, Lidiia Basiuk, brought up her son alone. In 1990, Ivan started a school in the Zamostyshche village. Having finished it in 1999, he entered Kostopil Technical College, where he studied for two years. After graduation in 2001, Ivan obtained the qualification of bricklayer and plasterer.

On May 18th, 2016, he was fatally wounded in the head due to the sniper fire near the village of Malynove, Stanytsia Luhanska Raion, from the side of the occupied Khrystove village.… Читати далі 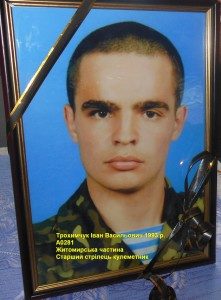 Ivan Trokhymchuk was born in a large family on July 24, 1993, in the village of Tyshytsia, Berezne Raion.  In 2000 Ivan went to the first grade of Tyshytsia Secondary School, which he graduated from in 2010. According to the words of teachers and classmates, Ivan was a friendly and quiet guy.  Ivan had abilities in the mathematics, and as all the kids of his age, he loved physical training lessons.

In 2012, Ivan was constricted into the Armed Forces of Ukraine. He held the service in Novohrad-Volynsk, Zhytomyr Oblast as a senior shooter-machine-gunner. Ivan was demobilized in 2013.

In 2014, with the beginning of the Anti Terrorist Operation, Ivan Trokhymchuk was mobilized. Before going to Luhansk Oblast, for 40 days Ivan was taking training in Volodymyr-Volynskyi Training Center.