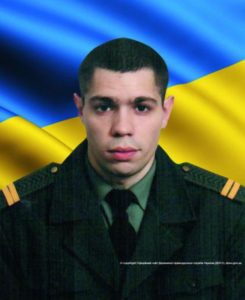 Serhii Huliuk was born on September 7th, 1981, in the city of Rivne. He lived in Lutsk. He did military service in the Border Security Force for some time, and in 2002, he was conscripted to the army on a contract basis. Serhii Huliuk served as a junior sergeant in the Lutsk border detachment of the State Border Guard Service of Ukraine.

He had stayed in the zone of the Anti-Terrorist Operation since June 28th, 2014. On July 31st, 2014, the border guards were mortared by Russian mercenaries and soldiers in the Raion of Vasylivka. As a result of this confrontation, five border guards were killed, and 11 were injured. Sergeant Serhii lost his life on that day. The deceased left three children: two sons, 12 and 6 years old, and a 4-year-old daughter.

Serhii was buried on August 3, 2014, in the village of Zavyziv, Ostroh Raion.

According to the Presidential Executive Order №, 640/2014 on August 8th, 2014, Serhii Huliuk was posthumously awarded the Third Class Order For Bravery “for personal courage and heroism demonstrated in defense of the sovereignty and territorial integrity of Ukraine.” Moreover, he received the title of Honorary Citizen of the city of Rivne.… Читати далі 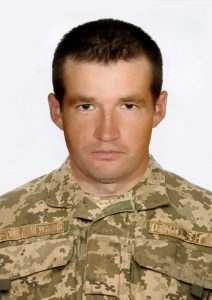 Serhii Us was born on June 11, 1989, in the village of Ukrainka, Ostroh Raion, Rivne Oblast. He studied at Ukrainka Secondary School, which he graduated from in 2005. After finishing school he applied for a course in Mechanics at Kvasyliv Vocational School.

Serhii served in the Armed Forces of Ukraine in the town of Dievichki, Kyiv Oblast, later within three years he continued his service by contract in the town of Novohrad-Volynskyi.

The junior sergeant of the 80-th Lviv Airmobile Brigade since November 11, 2015, was mobilized to the ranks of the Armed Forces of Ukrainian, he took part in the battle actions near the village of Konstiantynivka and the village of Drushkivka, carried out the cover of certain areas of the State border. At the end of September 2016, he was demobilized.  Later Serhii began his contract service in the Anti-aircraft Missile Regiment in the town of Shepetivka.… Читати далі 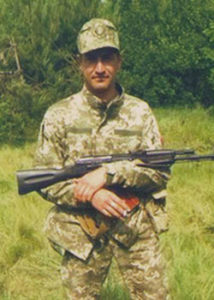 Vitalii un was born on September 25, 1991, in the village of Badivka, Ostroh Raion, Rivne Oblast in the family of workers: father Tyshkun Olexander – a railroader, mother worked at Ostroh Green Farm.

He studied at the average and sufficient levels, but was an active member of student self-government, joined general patriotic events.

Vitaliyi dreamed of being a soldier. He was not indifferent to the destiny of our country. In the period of the development of events of The Revolution of Dignity, he worked near the city of Kyiv and without any hesitation joined the participants at Maidan. Parents got to know about it only when he was injured. Due to the injury, he was not subject to mobilization, but the spirit of patriotism and strong desire to defend his native country won.… Читати далі

Oleksandr V. Kravchenko was born on April 6, 1996, in the village of Rozdolne, Zmiiv Raion, Kharkiv Oblast. His family moved to the village of Tesiv, which is located in Ostroh Raion, Rivne Oblast, in 1998. He finished a local secondary school after 9 years of studying there.

Oleksandr graduated from the vocational school in 2013 in the town of Pervomaisk. After graduation, he worked at the paramilitary security in the city of Rivne.

He signed a military service contract on May 26, 2016, and joined the Armed Forces of Ukraine on May 31, 2016. He was a senior gunner of the 1st Self-propelled Artillery Company of the First Howitzer Self-propelled Artillery Division. He participated in the Anti-Terrorist Operation in the territory of Donetsk and Luhansk Oblasts. Oleksandr perished in the area of 20 km from the town of Volnovakha.

The serviceman left parents and an elder brother.… Читати далі 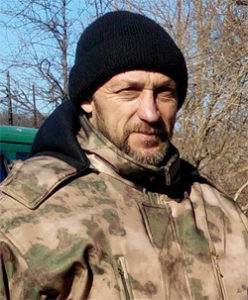 Viktor Zashchyk (a code name “Shulha” (“Left-handed”) was born on August 2, 1967, in the village of Mezhyrich, Ostroh Raion, Rivne Oblast. He lived in the town of Netishyn, Khmelnytskyi Oblast.

Viktor was a soldier in the Ukrainian Volunteer Army. After joining the 5th Battalion of Pravyi Sektor (Right Sector) in December 2014, he went to war.

However, the military enlistment office rejected Viktor because of his age, but his patriotic heart made him join the army as a volunteer.

He was a driver, and he went through Donetsk Airport, Pisky, Shyrokyne, Avdiivka.

Viktor celebrated his 49th birthday together with his comrades on August 2nd, in the war zone; on the night of August 4th, he died from a stroke.

The deceased left a wife, who works as a teacher, and two sons: 20-year-old Oleksandr, fighting in the war with his father for two years, and 16-year-old Illia. 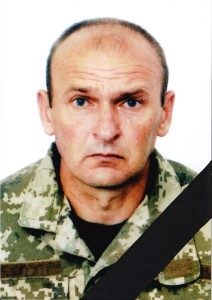 Petro Drachuk was born on June 24th, 1967, in Ploske, Ostroh Raion, Rivne Oblast. He finished Ploske Comprehensive School and Shepetivka vocational training secondary school (Khmelnytsk Oblast). Since 1994, Petro had worked as a fitter in the branch of the major oil pipeline “Druzhba.” Shortly afterward, he worked as an operator of the gauge, automatic equipment, and telemechanic section in the oil pumping station “Novyny.”

A private Petro Drachuk was called up into the Armed Forces of Ukraine by the Recruiting Station of Ostroh Raion, Rivne Oblast, on February 5th, 2015. He was a soldier in the 1st Mortar Battery of the 1st Mechanized Battalion of the 93rd Mechanized Brigade.

On August 14th, 2015, Petro Drachuk was wounded due to shelling by multiple rocket launchers “Hrad” near the village of Opytne, Donetsk Oblast.  Petro was taken to the I. Mechnykov hospital in the city of Dnipropetrovsk. Due to the received injuries, he died on August 16th, 2015. Volunteers brought the body of Petro Drachuk from Dnipro at 7 am.… Читати далі 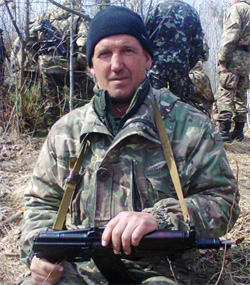 Ivan Strykun was born on September 13, 1967, in the village of Novomalyn, Ostroh Raion, Rivne Oblast. He graduated from the local secondary school. After finishing school, Ivan served in the Soviet Army. He left the army as a Junior Sergeant. After demobilization Ivan went to work as a driver in the Iskra Collective Farm in the nearby village of Myhalkivtsi. There he got acquainted with his future wife Oksana and he got married in 1990. They had two children – a son Ivan and a daughter Olha.

Ivan was conscripted to the Armed Forces of Ukraine on 12 March 2015. At the beginning, Ivan held a military training at Rivne Training Range, on April 20, 2015, he was sent for military service to the Military Field Post Office V2830 as a senior driver (Dnipropetrovsk Oblast). From May 19, 2015, according to the Decree №118 on 19.05.2015, took part in the Anti-Terrorist Operation.

Ivan Strykun, a junior Sergeant and senior driver of the 93 Separate Mechanized Brigade died on June 29, 2015, on the way to the hospital in the town of Novohradivka, Donetsk Oblast.… Читати далі 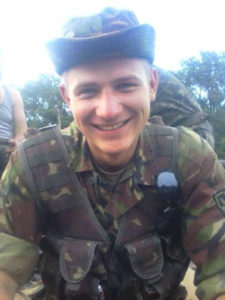 Vladyslav Rylskyi was born on July 20, 1992, in the city of Vinnytsia in the military family; his father was a military man, a teacher of Ostroh Military Lyceum. Vladyslav graduated from Ostroh Teaching and Educational Complex “School-Gymnasium of I-III Stages. He studied at the Hetman Petro Sahaidachnyi National Army Academy in the city of Lviv. In 2013, he graduated from it with a degree in Management of the Actions of Units of Mechanized Troops. Later he became an officer. He joined the Anti-Terrorist Operation as a Senior Lieutenant, Commander of the Second Mechanized of the 24th Mechanized Brigade from the town of Yavir.

Vladyslav participated in the ATO from 24 May 2014. From the first days in the ATO area, the platoon under his commandment was performing the service on block-posts in Donetsk Oblast. His skillful commandment of the platoon and continuous improvement of skills of subordinate personnel staff resulted in the creation of an assault group for destroying terrorists in direct contact with the enemy formed on the basis of his platoon.… Читати далі