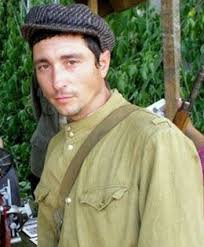 Ivan Horodniuk was born on June 2, 1984, in the town of Berezne, Rivne Oblast. He spent his youth in community service as a member of the Ukrainian Youth Union and the Youth National Congress. Ivan organized artistic events and participated on numerous occasions. Shortly afterward, he joined the political life of the Oblast. Ivan was a permanent member of the election commissions and an observer of the non-governmental organization The Association of the Search of War Victims’ Memory’. He took part in the exhumation of the dead Ukrainian Insurgent Army soldiers the military reconstruction.

Ivan was creative. He ran a modern dance club of Berezne Community Center, held aerobics and breakdance classes. Furthermore, he conducted his own business.

Since the first days of Euromaidan, Ivan Horodniuk participated in it under the pseudonym “Mesnyk” (“Avenger”). He entered The Volyn Sotnia straightaway. He was its active combatant, a rifleman of The Svoboda Sotnia (“Freedom”). Amid the street riots on Hrushevskyi St., the self-defender stood in the first ranks at the front of the barricades consisting of burning tires.

Ivan Horodniuk was cruelly beaten by the special police force “Berkut” on Hrushevskyi Street on February 17th, 2014. On February 18th, on a severely frosty day, the security service utilized a water jet against the protesters, and  Ivan got caught under that ice shower. Also, he got his legs strongly frostbitten. On February 19th, Ivan came back home from barricades in critical condition, beaten and sick.

He died because of complications caused by hypothermia and battery on Thursday night, February 20th, 2014.

According to the Presidential Executive Order № 890/2014, on November 21st, 2014, Ivan Horodniuk was given the title of the Hero of Ukraine. He was posthumously awarded the Order “Golden Star” for civic courage, patriotism, heroic defense of democratic constitutional principles, human rights and freedoms, selfless service to the Ukrainian people demonstrated during the Revolution of Dignity.

On July 5th, 2015, Patriarch Filaret of the Ukrainian Orthodox Church of the Kyivan Patriarchate gave the Hero an Honorary Medal For Self-sacrifice and Love for Ukraine (posthumously).

The stork arrived at the school threshold

The stork arrived at the school threshold

You, stork, have come back home?

Dedicated to Ivan Horodniuk, the Hero of the “Heaven’s Hundred”

But the days, years, sorrows shine … There is only good human memory for those who were with us, studied, worked, just lived. On these February days, we recall the terrible events of Maidan, the bloody repressions and executions that took hundreds of lives of young patriots. We remember and continue daily with grief in our hearts to r 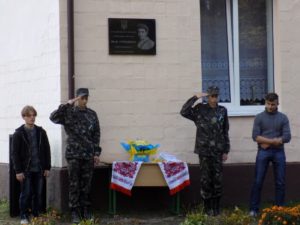 eceive news of new victims for the sake of Ukraine’s unity, its territorial integrity, statehood in the European space, among the democratic rights and freedoms of other countries of the world. This struggle continues, inspires new heroes, brings up the power of the spirit in the younger generation, tightening the will and character. Pupils, boarding school teachers are also involved in the history of the Heroes of the Heaven’s Hundred. Indeed, it was here that Ivan Gorodnyuk, the Hero of Ukraine, was taught and educated. He was an ordinary person but became an example of self-sacrifice. The desire for freedom, faith in the better future of Ukraine was above all else for him. I recall recent events related to the discovery of a memorial plaque by the dead hero. On October 14th, 2014, when a feast liturgy took place in the temples on the occasion of the Protection of the Holy Virgin, a stork flew to the school’s yard. Where did he go this autumn? The bird struck all with its behavior. He watched everything that was happening, walked among the children and guests, gave out hissing sounds as if he wanted to say something. At that moment, someone from the audience said that the soul of Ivan Gorodnyuk flew to us. Then the stork rose, circled over the courtyard, and flew into an unknown direction. Since then, we have not seen him, but a gripping, almost mystical memoir has remained. The school’s museum contains materials about the hero, the cooperation of teachers, students with patriot’s brother Vadym Horodnyuk, who often visits internaticians, provides material support to orphans and those who need it continues.

Let the storks return to the farther’s home from the distant roads, let the soldiers return to their relatives, let birds fly pleasant news in all corners of their native land, let peace and tranquility be in our motherland Ukraine. Glory to the heroes! 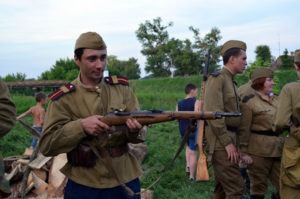 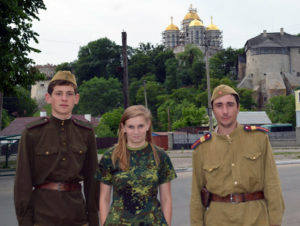