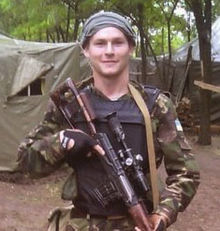 Stanislav Andriiovych was born on March 9, 1989 in the village of Blazhove, Rokytnivskyi district, Rivne region. From 1995 to 2006 he was studying at Blazhiv secondary school levels I-III degree.

From April 2007 to April 2008, he served a regular service in the Armed Forces of Ukraine in landing troops as commander of the department. For conscientious execution of the military duty was repeatedly awarded from the leadership of the army.

April 10, 2014 was called to the ranks of the Armed Forces of Ukraine.

He was a junior sergeant, a sniper, and served in the 51st mechanized brigade. He was killed on July 26, 2014, from gunshot wounds in the ATO zone during combat missions.

By Decree of the President of Ukraine No. 311/2015 dated June 4, 2015, “for the personal courage and high professionalism found in the protection of the state sovereignty and territorial integrity of Ukraine, loyalty to the military oath,” was awarded the Order “For Courage” of the 3rd degree (posthumously).

Do not cry for me my mother, I am with God,

because everyone who died for the country, goes to Him …

War … Deaths … Sorrow … they say, it’s a pity for all those who took the war. But at the same time I add: those who you used to know, that is even more a pity.

… With Stanislav Kulakevych I had to meet only twice. We got acquainted with him during trips to Mukolaiiv polygon. You know, he was so good, bright and clean. Even now I have in front of my eyes the image of this tall, prominent guy with a sincere smile on his lips. Some of our troops on that training ground were sad, someone was silent, someone was talking, but he just smiled. And I remember that. And the pictures turned out exactly like that. I remember when we said goodbye to the guys, when we came to them for the second time, I thought: just do not let them God, to happen something bad for them… Then, in the middle of June, they were already preparing for the sharp end … And in late July, Rokytniv district flew bitter news of the death of another soldier … When it was reported that he was from Blazhiv, we did not want to believe that it was Stanislav. However, I had to believe after looking at the lists of our troops. Everything was converted: surname, year of birth, settlement. Finally, he was the only one from this village who went to war …

Stanislav Kulakevych died on July 26 from a bullet wound in his head. On July 30 he was buried. What kind of black sorrow was enveloped in those days in Blazhiv. What irreparable grief has come to the family of the deceased. What an inexpressible pain felt mother, having lost her youngest son. She gave life to ten children. How difficult it is to feed them-to grow. However, it’s most in vain to bury their children … From grief broke up sisters, brothers, nephews. The whole village came to lead the last path of their bright and kind Stanislav, who lived with all in harmony, love to work, built a spacious and beautiful house. But only to live in it, did not have time … Acquaintances gathered from all the surrounding settlements of the deceased, and residents of the district center came to honor his memory. Operational command “North” allocated an honor guard, a fireworks group, an orchestra and a guard of the color. So, the burial ceremony took place with all military honors. The funeral of the deceased was carried to the sounds of the orchestra from the house to the temple. A funeral service in his native Blazhiv church was sent by four clerics. “There is no greater love than anyone who puts his soul (that mean, will sacrifice his life),” said the spiritual pastor. And then a painful farewell. Again the sounds of the orchestra, a live corridor from the students which they formed from the road to the school and to the cemetery. The path paved with flowers, the endless stream of people, the poetry of children, the universal crying, the last prayer, the national anthem, the military salutes and the burial … What a grief forever, to say goodbye to those who did not live enough, did not love enough, did not dream enough… So, pray, people, for the eternal tranquility of the soul of our dear fellow countryman. Heaven is His kingdom. Amen…

Heroes have been living for ages

We are Ukrainians and each of us must be proud of our motherland. Each of us must live and work for the good of Ukraine. To ensure that our native land is rich and people are happy in it, the well-being of the country depends on people, people are building their own future, and the future of Ukraine. 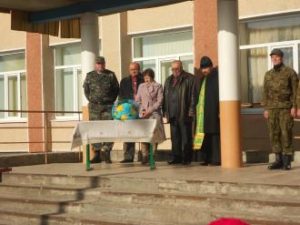 War. Death. Sorrow. It is said that it is a pity for all those who took the war, and who you used to know it is even more pity.

On Friday, October 24, the students of Blazhiv High School of I-III degrees ran on the line of Memory in memory of the opening of the memorial tablet, a school graduate Kulakevych Stanislav Andriiovych, who died on July 26 from a bullet wound to his head, defending our native land in the war on eastern part of Ukraine. Their gratitude and honor to the deceased soldier gave guests presented on the line. Deputy chairman of the district council Oksana Ivanivna Kulakevych, the chief specialist of the education department Vasyl Vasyliovich Bunko, acting director of the military commissar of the Rokitniv District Council Andrii Sergiiovych Krupych with his subordinates, the priest of the Holy Protection Church, Father Vasilii, the military fellows with whom Stanislav was in his final battle …

Flying, flying away for eternity years, how much they would not have passed, they will not be erased in the national memory, the names of heroic warriors. The memory of the dead is commemorated with a minute of silence. No one considered to count how much he would have to be silent, if it would be enough to remember each killed. Quiet at least a minute. For all, it’s the terrible death of any person. Stand for a minute, do not let your feet pain, but only touch the hearts for those who are not among others, who lies in the ground, shines to all from heaven … 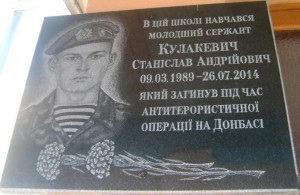 e right to open the memorial tablet to the deceased warrior was given to Oksana Ivanivna and Andrii Sergiiovych. Under the sad melody of the song “Plune Kacha”, bending heads, all people stood with tears in eyes. The whole family, friends, classmates, fellow villagers of the deceased Stanislav Kulakevych, with unspeakable pain in the heart, with a torn wound in the soul, bravely restrained themselves in this irreparable grief. Father Vasyl did prayer and consecrated a memorial tablet. Students of the school put flowers and a lamp with a candle on the grave of the fallen Hero. 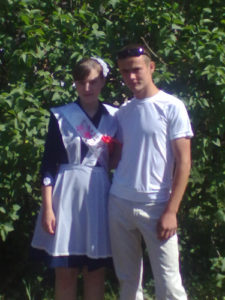 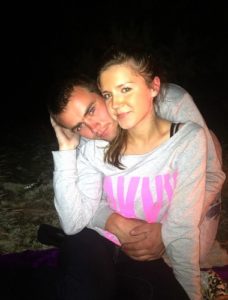 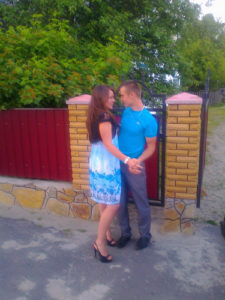 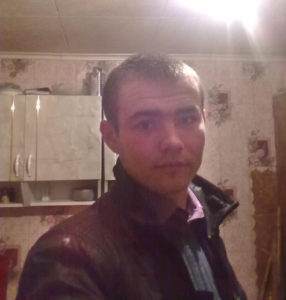 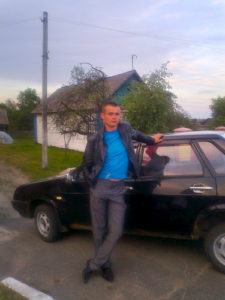 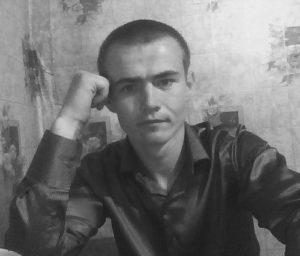