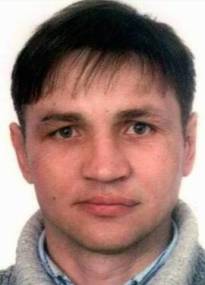 Valerii Opanasiuk was born on May 20, 1971, in the village of Diuksyn, Kostopil Raion, Rivne Oblast.

He lived in Rivne. Valerii worked as an automobile mechanic.

In winter of 2013-2014, he stayed at Maidan Nezalezhnosti in Kyiv where he was an active participant in the Revolution of Dignity. Many citizens from Rivne who were staying at Maidan knew him. All day long he was on duty on the barricades and helped the activists-newcomers. Those who knew Valerii well tell that he had a sharpened sense of justice. He never paid attention to material benefits and always helped those in need. When a misfortune happened, Valerii was the first who was giving a helping hand. Moreover, he couldn’t hold a grudge for a long time, and he was not afraid of telling the truth.

On February 20, 2014, Valerii died as the result of a gunshot wound. A sniper’s bullet hit his heart when Valerii was dragging his injured fellows out of the firing range. He was only 42.

The soldier was buried on February 23, 2014, at the New Cemetery in the city of Rivne.

According to the Presidential Executive Order №890/2014 on November 21, 2014, Valerii Opanasiuk was conferred the title of the Hero of Ukraine and posthumously awarded the Order “Golden Star” for civic courage, patriotism, heroic defense of democratic constitutional principles, human rights and freedoms and selfless service to the Ukrainian people demonstrated during the Revolution of Dignity.

On July 5, 2015, Patriarch Filaret of the Ukrainian Orthodox Church of the Kyivan Patriarchate awarded the Hero an Honorary Medal For Self-sacrifice and Love for Ukraine (posthumously).

On June 3, 2014, according to the decision of Rivne City Council, Valerii Opanasiuk was posthumously conferred title of Honorary Citizen of the city of Rivne and awarded the First Class Decoration of Honor For the Merits to the City.

Perhaps there weren’t so many people simultaneously on the streets of Rivne yet. On Sunday about 20 thousand citizens came to say goodbye to their three countrymen – fighters of “Heavenly Hundred” as called those who were killed on the Maidan. People stood with flowers and candles. They cried and prayed. They showed their children: “Here they are. The heroes.” 27-year-old Oleksandr Khrapachenko, 53-year-old Heorhii Arutiunian and 42-year-old Valerii Opanasiuk died from the bullets of snipers on Thursday, February 20. And on Friday in Berezne was buried another maidanivets 29 -year-old Ivan Horodniuk, he was killed by water cannon…

Valerii Opanasiuk who was killed with the sniper’s bullet, had four children. His wife Victoria was carrying a fifth child.

After his death, the Deputy of the Rivne city Council Oleksandr Lashchuk wrote in the social network:

“I met Valery in the bus when traveling to Maidan. He was cheerful, intelligent and very kind person. He asked me to stop being so formal with him. He constantly visited the Maidan tent in Kiev where Rivne citizens stayed in the most difficult times of opposition. A lot of citizens of Rivne who had been on Maidan knew him. All day long he was on duty on barricades and helped the newly arrived protesters. If someone was lightly dressed, he always offered warmer clothes. But even in the most severe frosts he was always in a gray insulated jacket which he had when came here. He was constantly said: “Valerii dress warmly don’t go in this jacket… Take a warmer one.” He answered: “Sasha I’m okay with this jacket, I do not need another”. When on Hrushevskoho street were difficult moments, he said that it’s necessary for people to stand there unless “Berkut” would start to attack. Once we stood on Hrushevskoho Street all night till five in the morning. We talked about political infidelity and the games, talked that the opposition must act decisively with Yanukovych. He told that he had problems with registration of the land plot of the house in Rivne. He promised that after the victory he would certainly call me. The next time I saw Valerii in the tent after the events of 18th February, we were like the old friends. Then he wrote down the list of people who were on duty. He was sincere, simple-minded, kind man. He just stood on the barricades and defended the Maidan. Greater love hath no man than this, that a man lay down his life for his friends…”