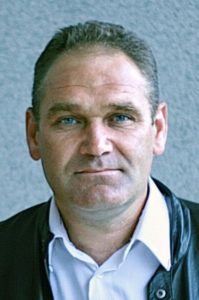 Yukhimchuk Olexander Vladimirovich was born in 1973 in the village Povchyne Novohrad-Volynskyi raion Zhytomyrska oblast. He have lived in Rivne for the last 20 years. Before the recruitment, he worked as a driver at the  Emergency Station in Rivne. In March 2014, he was recruited to the Ukrainian Armed Forces, from the spring he was in the ATO zone. He served in the 30th separate mechanized guard brigade with a permanent place in Novograd-Volynskyi. Oleksandr stood at the checkpoints, repaired the equipment. The shy man: he never asked for holidays to visit his relatives, never been on rotation. Olexander died on January 24, 2015. Doctors suggest that the fighter died of acute coronary insufficiency. He left a widow and an 18-year-old daughter. The soldier was buried in his native village Povchyne Novohrad-Volynskyi raion Zhytomyrska oblast. According to the decision of the Rivne City Council №5756 from September 17, 2015, Yukhymchuk Oleksandr was awarded the title «Honorary Citizen of the Rivne city».

Residents of Rivne will say goodbye to the Hero

On January 24, Yukhymchuk Oleksandr the driver at the Emergency Station in Rivne, born in 1973, suddenly died in the ATO zone. As the chief doctor of the Rivne Emergency Emergency Department told that Yukhymchuk Oleksandr was called to the ATO zone in March last year. He died likely through the acute coronary insufficiency. The Dean of Medicine says that the colleagues have already got out to take the body of the deceased, they have to arrive in the evening this day. –

Yukhymchuk Oleksandr was a wonderful person, a wonderful worker. He is likely to be buried in his native village Povchyne Novohrad-Volynskyi raion Zhytomyrska oblast. The deceased had a wife and an 18-year-old daughter. It was rinformed in the department of information and analytical support of the Rivne City Council executive committee. 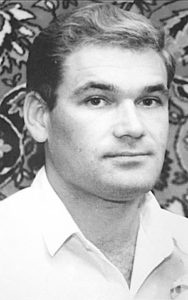 On May 28, in Novohrad-Volynskyi raion, with the participation of Danylenko N.V., the deputy head of the district government administrations were opened the last three memorial plaques in honor the servicemen of this district, who died in the east of Ukraine.

On October 14, 2015, in the center of Rivne next to the Holy Resurrection Cathedral and the city’s lore – the column of the Holy Virgin Mary – they opened the monument in memory of the nineteenth Heroes. A memory board for the ATO and Maidan Heroes was arranged at the crossroads of Soborna and July 16th Street.

On the board – pictures of the sixteen dead Rivne ATO soldiers and three Heroes of the Heavens hundred. 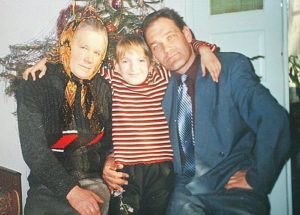 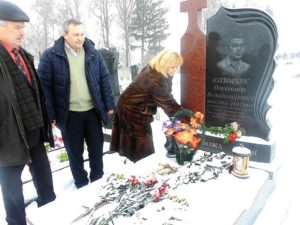 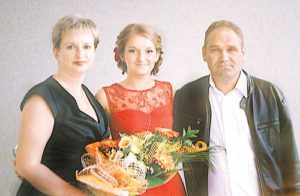