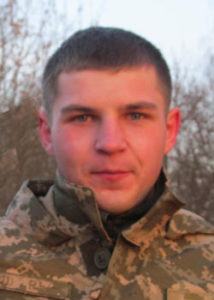 Serhii Mosiichuk was born on February 22, 1997, in the town of Korets. He studied at Korets Comprehensive School №1. After finishing 9 forms, Serhii entered Korets High Technical School №24, which he graduated in 2015.

From January 2016, he served in the Armed Forces of Ukraine on the contract basis. He participated in the Anti-Terrorist Operation (ATO) on the territory of Donetsk and Luhansk Oblasts.

Serhii died on March 26, 2017, near Avdiivka due to separatists’ shellfire of the ATO military. The death happened as a result of the mine explosion.

The soldier left parents, a sister and a brother.… Читати далі 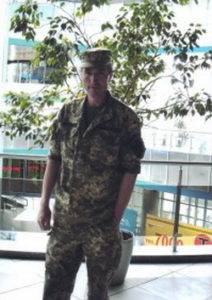 Oleh Tsymoshchuk was born in a large family on September 26, 1975, in the village of Kryliv, Korets Raion, Rivne Oblast. Oleh was the youngest in the family of 8 boys.  The mother, Tsymoshchuk Yevheniia worked at a collective farm.

The father, Tsymoshchuk Mykhailo, worked as a driver at Krylivka Secondary School.

The boy studied well, was a diligent pupil. After finishing school, he worked at a local collective farm, later on, owned some land, took care of his parents and disabled brother. In the village, Mykhailo was known as a good proprietor.

In 1993-1995, Mykhailo served in the Armed Forces of Ukraine, in the town of Dniprodzerzhynsk.

On May 6, 2015, Oleh was called up for a military service by Hoshcha Military Registration and Enlistment Office. Oleh was trained at the Military Unit of the town of Yavoriv, Lviv Oblast.  He served in the military unit of the 30th Mechanized Brigade.… Читати далі 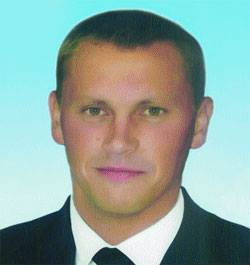 Anatolii Havryliuk was born on November 11, 1980, in the town of Korets, Rivne Region.  After graduating from Korets secondary school № 1, he entered Myrohoshcha Agricultural College.  There, he submitted a report for the contract service. Anatolii served as a peacemaker in Kosovo, Libya, and Iraq. Within less than fifteen years of service, he managed to be in eight hot spots, Donbas was the ninth one. He fought as a part of the 80th Airmobile Brigade. Anatolii Havryliuk died on September 5, 2014, in the Ilovaisk Cauldron near the town of Shchastia, not far from Luhansk, as a result of the fight with a Russian raiding division. He was buried at the Korets Сemetery near the Church of Saint George.

According to the Presidential Executive Order № 282/2015 on May 23, 2015, Anatolii Havryliuk was posthumously awarded the Order “For Courage” III class “for personal courage and high professionalism demonstrated in the defense of the sovereignty and territorial integrity of Ukraine, loyalty to the military oath”.… Читати далі 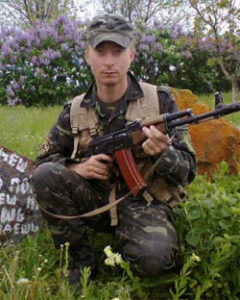 Taras Liashuk was born on December 20, 1986, in the town of Korets, Rivne Oblast. He studied at Novokoretsk School №2, and from 2000 – in Korets “School-Lyceum”. Shortly afterward, Taras studied at the Radio-electronics College of Zaporizhzhia. Also, he graduated from the Classical Private University with the major in computer programming and information technologies. From 2013, Taras served in the Armed Forces on the contract basis.

The junior sergeant died on September 11, 2014, in battles near the village of Stepanivka, Shakhtarsk Raion, Donetsk Oblast. He was buried at the cemetery in the village of Novyi Korets, Korets Raion, Rivne Oblast.

On the facade of the local lyceum, a commemorative plaque was opened to Taras Liashuk.

According to the Presidential Executive Order № 270/2015 on April 15, 2015, he was posthumously awarded the Third Class Order For Bravery “for personal courage and high professionalism demonstrated during the defense of the sovereignty and territorial integrity of Ukraine, fidelity to the military oath”.… Читати далі