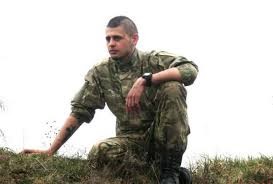 Vladyslav was born in the town of Radyvyliv of Rivne Oblast on September 23, 1993. He studied at the Radyvyliv Secondary School. In 2011 Volodymyr graduated from Radyvyliv Trade School №26.  He was an active participant of the Revolution of Dignity. Vladyslav, the soldier of the 18th Unit of Territorial Defense, was attached to the 8th Battalion Combat “Cherven”. Vladyslav participated in the blockade of the Crimea as a member of Pravyi Sector Organization.

Vladyslav was killed while performing combat tasks on September 31, 2016, near the village of Shyrokyne, Volnovanskyi Raion, Donetsk Oblast.

He is buried in his hometown of Radyvyliv, Rivne Oblast.… Читати далі 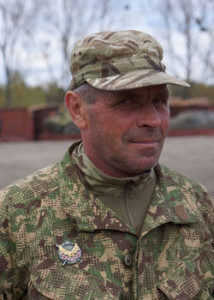 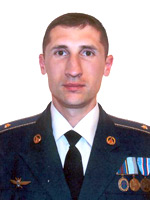 Andrii Bielkin was born on July 2, 1977, in Alushta, the Autonomous Republic of Crimea. He was of Russian origin. Andrii dreamed of becoming a pilot since childhood. Thus, having finished school, he entered Kharkiv National Air Force University.

After graduation, he obtained a specialization in flight operations and combat employment of aircraft. Starting from 2007, Andrii participated in the peace-support missions under the aegis of the United Nations in Liberia. He was a commander of a helicopter unit in a squadron of the 16th Independent Brigade of Military Air Forces of the 8th Army Corps of the Armed Forces of Ukraine. Andrii’s military decorations are “15 Years of the Armed Forces of Ukraine” Medal, “Third Class Good Conduct” Medal, “UNMIL” UNO Medal. Andrii was a very equable and sensitive person and a true professional.

He died during the Anti-Terrorism Operation on June 24, 2014, near the mountain Karachun not far from the town of Sloviansk in Donetsk Region. The terrorists shot down a Ukrainian military helicopter Mi-8 under the command of Andrii Bielkin on its way back from the checkpoint with the professionals installing the equipment for monitoring the space and tracing the cases of ceasefire violation on board with a man-portable air defense system.… Читати далі

Krokhmal Nazar Ivanovych was born on November 3, 1993 in Mykhailivka village, Radyvyliv district, Rivne region. He went to the 1st form of the secondary school in Mykhailivka in 2000. Since childhood he loved the land, his family and native Ukraine with all his heart, this love and desire to live in a free country he inherited from his great-grandfather Ivan who was an UPA warrior.

Nazar had studied at the Lviv Technical College of Railway Transport from 2009 to 2013. On October 30, 2013, he entered the military service under a contract, and on November 29, he took an oath of allegiance to the Ukrainian nation. He has been dreaming about military profession since school times, and when he became a soldier he felt that this occupation is his vocation. Since August 2014, Nazar has been in the ATO zone as a member of snipers’ formation of Lviv 80th separate high-rise landing squad of the Armed Forces of Ukraine.… Читати далі 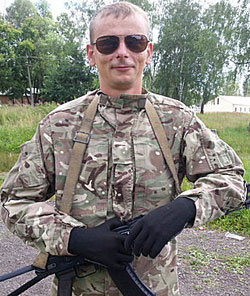 Ihor Cherniak was born on September 2, 1980, in the town of Zabaikalsk, Chytynsk Region, the Russian Federation. From 1980 to 1990 Ihor studied at the school of the town Bernau, German Democratic Republic. From 1990 to 1992 (5-6 forms) he studied in Radyvyliv Secondary School, Rivne Oblast. Ihor finished Zolochiv Secondary School №2  named after Markiian Shashkevych, Lviv Oblast. Ihor’s father was a professional serviceman, Warrant officer, that is why he had to move the places of living frequently. The last place of his service was the town of Zolochiv.

In 1999 Ihor graduated from the International Academy of Personnel Management with the qualification of an economist-business manager. After serving in the Armed Forces of Ukraine from 1999 to 2000 in the city of Ternopil, Ihor graduated from Lviv Polytechnic National University.

Ihor worked at a commercial bank in the town of Radyvyliv, later on, construction. He was an active participant of events on Independence Square in Kiev during the Revolution of Dignity.… Читати далі 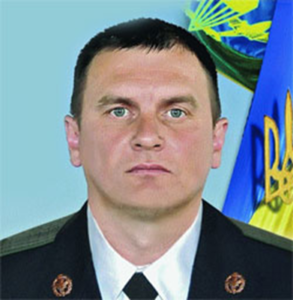 Ivan Sova was born on January 19, 1976, in the village of Bryhadivka, Radyvyliv Raion of Rivne Oblast.  He was the second child in the family. His mother worked in a kindergarten as a laundry master, and his father was an operator at a local farm. In 1980, the family moved to live in a newly built house in the nearby village of Zarichne. Since 1983 Ivan studied in Kozyn Secondary School and starting from the 4th class in Kozyn Music School in accordion class. From 1991 to 1995 Ivan studied at Rivne Music College. After graduation, he served in the Army in the town of Shepetivka, Khmelnytskyi Oblast. Ivan received a military specialty as a grenade launcher gunner.  After returning from the army he got married, lived and worked as a Music Teacher in the town of Zdolbuniv.   In 2000, Ivan returned home to the village of Zarichne. Together with his brother, he took part in the Orange Revolution of 2004.… Читати далі 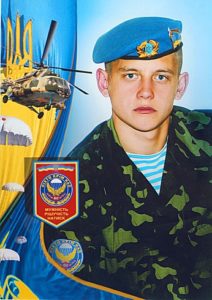 Ivan Lemeschuk was born on January 20, 1993, in the village of Haiky-Sytnenski, Radyvyliv Raion, Rivne Oblast. The fate did not have mercy on him:  his mother died early, and the grandmother Lidiia was bringing up a six-year-old boy.

Ivan studied at the local secondary school.  He was an optimist as well as an organizer of the school celebrations, tours, and excursions. Ivan was everywhere at the same time: in the gym, on the school yard, in the classroom. Close friends with whom he was hiking and making a fire to bake potatoes were always beside Ivan. Ivan was always the first in everything.

He studied at the Kremenets School of Forestry. Ivan served in the army and stayed in the military service on the contract basis. He was a paratrooper, a sergeant and a platoon commander of the 80th Air-mobile Brigade in the city of Lviv. A detachment, where Ivan served, repeatedly took part in the Anti-Terrorist Operation in Donetsk and Luhansk Oblasts. … Читати далі 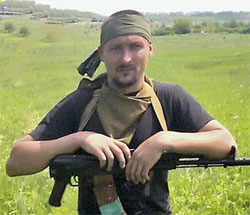 On April 11, 2014, he volunteered for military service in the Zone of the Anti-Terrorist Operation (ATO).… Читати далі