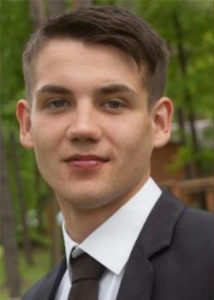 Kondratiuk Oleksii Volodymyrovych was the gunner of the grenade launch unit of the platoon of fire support for the 501th Battalion, the Marine Corps of the 36th Separated Marine Corps brigade, the Naval Forces of the Armed Forces of Ukraine, the sailor.

He was born on July 5, 1995 in the village of Piskov, Kostopil district, Rivne region. Some time later, the family moved to the city of Kostopil, Rivne region. He graduated from the 9th form of secondary school No.3 in the city of Kostopil. In 2012 he graduated from Sarny Professional Agricultural Lyceum and got a profession of “Tractor driver and mechanic of agricultural production, locksmith-repairman”.

He worked as a plumber-sanitary technician in a multi-sectoral housing and communal enterprise in the city of Kostopil. 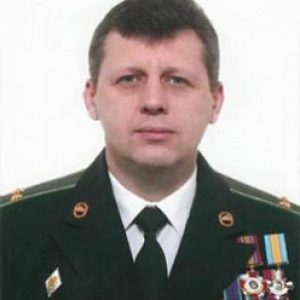 Yurii Tkachuk was born on November 15, 1968, in the town of Kostopil. In 1986, Yurii graduated from the School №1 named after Taras Shevchenko, then he served in the army and was trained in Kiev Higher Tank Engineering School. From 1992, a new phase in the life of Yurii Tkachuk began – service in the Armed Forces of Ukraine. Dedication to the military case, the desire to give his experience, his knowledge for Ukraine were attached to studying in Kiev Military Academy and obtaining the appropriate diploma. Yurii served at different positions, the latest one – the deputy head of the Center of Maintenance of Contracts Realization about Arms Reduction, which is stationed in the city of Lviv. During 2015-2016, Yurii performed his service tasks in the zone of ATO.

The Lieutenant Colonel of the Armed Forces of Ukraine Yurii Tkachuk died on July 31, 2016.

Ivan Dus was born on July 6, 1984, in the large family in the village of Velyka Kuplia, Berezne Raion, Rivne Oblast. His mother Lidiia I. Basiuk brought up her son by herself. In 1990, Ivan started a school of Zamostyshche. Having finished it in 1999, he entered Kostopil Technical College where he had been studying for 2 years. After graduation in 2001, Ivan obtained the qualification of bricklayer and plasterer. 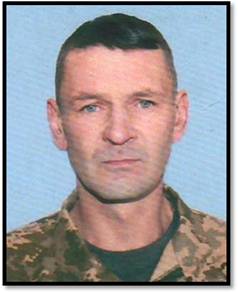 Oleksandr Matsiuk was born on April 4, 1975, in the village of Velyka Liubasha, Kostopil Raion. In 1982, he started Piskiv Comprehensive School, which he finished in 1992.

He took driver training courses in Rivne Volunteer Society for Cooperation with the Army, Aviation, and Navy (DOSAAF) to obtain a category “C”. In June 1993, Oleksandr was called up into the ranks of the Armed Forces of Ukraine.  He served as a National Guard driver of the armored personnel carrier (APC) in the city of Chuhuiv, Kharkiv Oblast. In the autumn of 1994, Oleksandr was discharged from the ranks of the Armed Forces of Ukraine. Shortly afterward, he worked at the collective farm of 40th Anniversary of October in the Kostopil House Building Factory.

On February 5, 2015, Oleksandr volunteered for military service to defend his Motherland. He underwent training at Rivne Military Firing Ground. In May 2015, he was rotated to the Zone of the Anti-Terrorist Operation (ATO) as a gunner of the self-propelled gun (SPG) as a part of the 14th Brigade in the town of Mariinka.… Читати далі 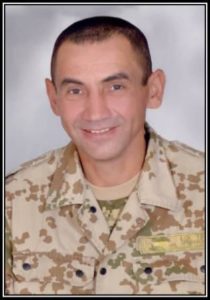 Volodymyr was born on June 30th, 1973, in the village of Postiine, Kostopil Raion. After finishing school, he studied at Rivne Vocational School №11, where he obtained the qualification of a fitter. Shortly afterward, Volodymyr served in the Armed Forces of Ukraine. He was occupied with housekeeping.

Volodymyr Zhuk was mobilized by the Raion Recruiting Station of Kostopil to a Military Unit A 4152 in March 2015.

A soldier from Kostopil Raion and a senior sergeant Volodymyr Zhuk died on January 2nd, 2016, in the Anti-Terrorist Operation Zone due to a sudden cardiac arrest.

The deceased left a wife and two small sons Vitalii and Eduard. 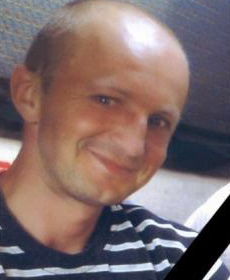 Roman Pyiasiuk was born in 1975 in the town of Kostopil. He studied at Kostopil Comprehensive School №3. Roman also finished Kamin-Kashyrskyi (Volyn) Vocational School where he obtained the qualification of a carpenter.          On December 3, 1993, Roman was called up for a compulsory military service. On June 16, 1995, he was transferred to the reserve, and on October 19, 1995, Roman went to serve in Kostopil Military Unit on the contract basis. On February 15, 1998, he left military service and started working as a long-distance trucker. Roman worked for regional private entrepreneurs carrying cargoes within Ukraine.

On September 5, 2014, he went to defend Ukraine as a volunteer. Roman was a soldier of the 1st Guards Tank Brigade in Honcharivske. On March 10, 2015, the military officer was blown up by a land mine performing a combat mission in the village of Zlatoustivka, Volnovakha Raion, Donetsk Oblast.

A true patriot was buried on March 15, 2015, in the village of Pisky, Kostopil Raion, where his parents live.… Читати далі 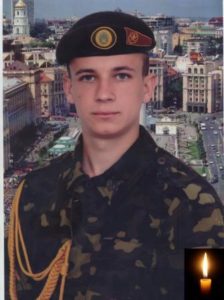 Serhii Holovchak was born on July 17, 1991, in the village of Piskiv, Kostopil Raion. After finishing secondary school, he entered Rivne Higher Vocational School where he obtained the qualification of an expert in plasterboard constructions. In 2009 Serhii joined the firefighter’s squad of the Armed Forces of Ukraine. After serving there, he started working in the limited liability company “Swisspan Limited”. Serhii was one of the first people in raion who participated in the counter-terrorist operation. He served as a senior soldier in the 51st Mechanized Infantry Brigade.

Since the end of August 2014, Serhii Holovchak had not got in touch. For this reason, he was considered to be missing.  It was possible to ID the deceased only thanks to the DNA tests. The senior soldier died on August 27, 2014, in the fight near Ilovaisk. The 3rd Battalion where Serhii served was besieged near Berezne and Olenivka. It was under constant shelling.

At first, the Hero from Kostopil was buried in Dnipropetrovsk.… Читати далі 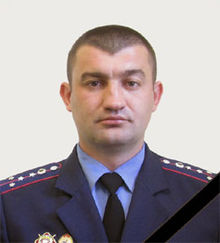 Ruslan Salivonchyk was born on January 31, 1983, in the town of Kostopil, Rivne Oblast. From 1993 to 1998 he studied at Kostopil Secondary School №8. He graduated from the Kostopil branch of the Medical College and later from Kharkiv Juridical University. Later on, he served as the Captain in the police. For six years he worked in the Criminal Investigation Department of Local Police Precinct of Administration of Ministry of Internal Affairs in the town of Kakhovka in Kherson Oblast. From the beginning of the Anti-Terrorist Operation in Eastern Ukraine, he joined as a volunteer a Battalion of the Special Operations Patrol Service “Kherson”.

Police Captain Ruslan Salivonchyk died on 08.29.2014 in the ATO battle zone near the town of Ilovaisk, Donetsk Oblast while trying to get out of the Ilovaisk Pothole through the so-called “green corridor” on the road between village Mnohopillia and Chervonosilske. From September 2014, the soldier’s body together with the other deceased was transported to Dnipropetrovsk morgue.… Читати далі 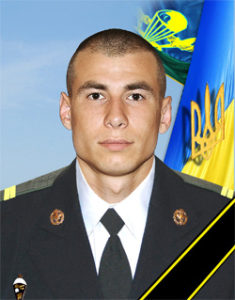 Vitalii skyi was born on September 3, 1991, in the town of Kostopil.  He graduated from Kostopil Secondary School №6. Vitalii was a pupil of local Regional Lyceum-Boarding School with sports profile. Vitalii became the champion of Ukraine in Greek-Roman wrestling when he was 16 (the year of 2007), and later he became a Master of Sports in Greek-Roman wrestling.

In October 2011, he served according to the contract at the Military Unit A0284 in the city of Lviv. Vitalii got the rank of Junior Sergeant. The paratrooper died on the day of his birth 09.03.2014, during the attack of Russian fighters at the airport in the city of Luhansk, which was defended by paratroopers for several months.

The visitation with the serviceman of the 80th Air Cavalry Brigade was on September 7, 2014.

Vitalii was posthumously decorated with the Medal “For the Defense of Luhansk Airport”.

According to the Presidential Executive Order №282/2015 on May 23, 2015, Vitalii was posthumously decorated with the Third Class Order for Bravery “for personal courage and high professionalism demonstrated in the protection of the sovereignty and territorial integrity of Ukraine and loyalty to the military oath”.… Читати далі